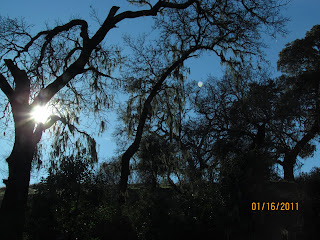 Joseph Sparrowhawk was not comfortable living in a house. Sarah Persinger Sparrowhawk live in a cabin. Joseph and Sarah would often visit the Cherokee village that Joseph was from, and often Joseph would go off to hunt and Sarah would stay home.
There were times that Sarah would play the stick game with the others in the Cherokee village. It has been said that Sarah was really good at the stick game (we call it lacrosse now). Sarah enjoyed hunting with Joseph too. One story that I am familiar with went a little something like this…
Sarah’s mom was working in the vegetable garden saw only figures of two people walking toward her. Since they were in the sun she knew that the two were dressed in the Native way. She saw that one of the figures were carrying something. As the figures got closer she finally saw that it was Sarah and Joseph. Sarah had a deer over her shoulders. Sarah greeted her mom, and showed off her deer. How did Sarah kill the deer. Joseph told her that Sarah finally learned how to stand as silent as a tree. Sarah had always had a jaw that did not waver. Soon the brothers of Sarah show up to see her with her deer. They teased her about her hunt, and she was not going to take being teased. She told them to set up some apples and she would show them how good she was with a bow and arrow. The boys set up some apples. She missed the first one, but got the second one square in the middle. Joseph was so proud he cheered for her.
Once Sarah was pregnant she could no longer enjoy as much hunting. Often Joseph was gone. As Sarah got closer to her date of possible delivery a family member would go to check on her. During the delivery of her first she was all alone in her cabin. Just as the head came out one of her brothers just arrived. He helped her as she gave birth. The first baby she named Gabriel after the Angel since she believed that it was Heaven that sent her brother to the cabin at that time. She wasn’t done. One more child…this explains so much she said…I wondered why I was so big and so uncomfortable…I was carrying twins all this time.
Next time I will tell you what becomes of her children.